The town of Palladio

Vicenza is an art city inscribed in the UNESCO World Heritage List. It is for sure one of the art cities with some masterpieces of unmistakable beauty. First of all remarkable palaces are along the main street that has the name of Andrea Palladio. This street connects two entrance doors of a medieval wall, and today it is visible only the western side gate. The most important period dates back to the XVIth century when the greatest architect of all time settled in the town of Vicenza.

In the city center, one of Palladio’s masterpieces that worth a visit is the Olympic theater. As a result, it is the first and oldest indoor theater in use until our days. Furthermore, in the same square, there is another building of Palladio that houses the civic museum: Chiericati Palace. In the center, as well as Renaissance palaces, there are some important churches as the church of Santa Corona, San Lorenzo, and the cathedral.

Therefore, the heart of the town is represented in three main squares: Dei Signori (Lords), Delle Biade (Crops) and Delle Erbe (Herbs). As a result, in this area, we find some important buildings such as the Basilica and the Loggia, the Torre di Piazza (the Tower Square), the Pawnshop and St Maria in Foro.

The outskirts of Vicenza

Furthermore, on the outskirts of the city, it is possible to reach the church of the Monte Berico. However, from here you can enjoy a great panorama on Vicenza and throughout the plain till the Prealps.
As follow, close to this area, you will find Villa Valmarana ai Nani famous for the Tiepolos frescoes (father and son), and the well known Villa La Rotonda, a masterpiece of Andrea Palladio.

Just below, 2 excursions that we suggest: 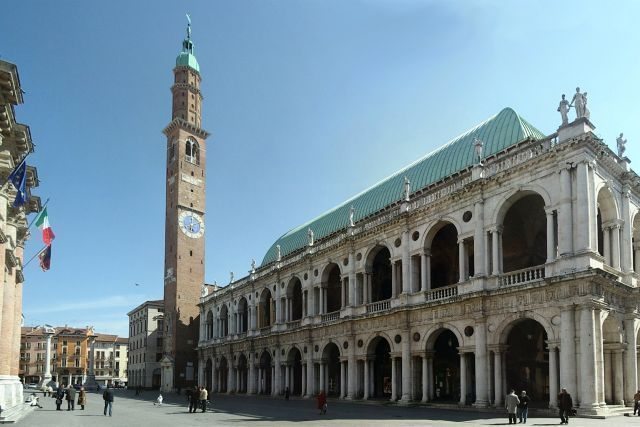 Palladio’s town, the genius of Vicenza 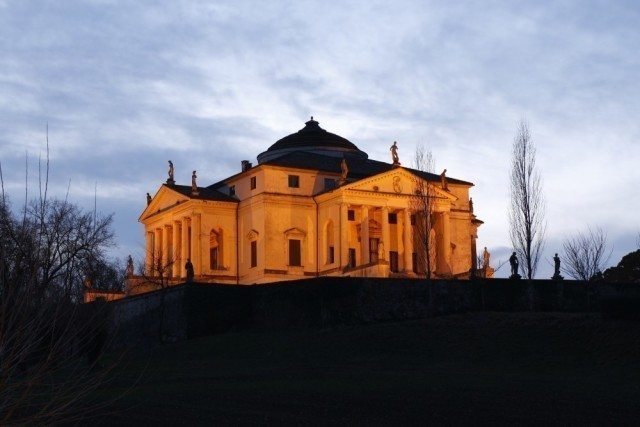 Vicenza the town of Andrea Palladio