Emilia Romagna art cities provincial capitals, a region located in the northeast of Italy. As well as for the tourism and the food, the region is famous for different cities of art that follow one another along the route of the Via Emilia. For more than two millennia, the goods and the cultures continue to move along this important road. As we can see, the Emilia Romagna art cities are small to medium size with the exception of Bologna that is the capital of the region. Hence, they offer great testimonies of works of art and historic centers often intact since centuries.

The towns with medieval character

The richness of Emilia Romagna is, without doubt, the preeminence in the landscapes and cityscapes of its history where structures hundreds and thousands of years old have survived in great numbers. And this despite earthquakes, floods, hurricanes, wars, and zealous redevelopers. From Roman times, the central squares of villages and towns were the hearts of government combining castle, town hall, church or temple and market square. Most of Emilia Romagna art cities and villages retain their medieval character.

The main road to move troops and merchandise

To consolidate the territory, Aemilius had a road built in 187 BC from Rimini on the Adriatic coast to Piacenza, passing by most of the Emilia Romagna art cities. This straight road, Via Emilia, traveled the southern edge of the Po river valley allowing movements of troops and merchandise. At intervals, a fortified settlement known as a castrum defended the road.

The castrum, built to Roman precision, had a central axis where we could find the square and forum. From here we find the Decumanus Maximus that was an east-west oriented main road. As well as the Cardo Maximus from a north-south oriented road. In addition, other roads were built parallel to these. Now, the sites where the forum stood, are in many instances the town center of Emilia Romagna art cities as it is possible to see in Piacenza. Anyway, the Decumanus and the Cardo are often the main town roads.

Julius Caesar and the river Rubicon

Close to Rimini, one of Emilia Romagna art cities, there is the river Rubicon. It seems to be the site where Julius Caesar launched his legendary seizure of power leading to the great era of the Roman Empire that built great monuments, temples, bridges, and amphitheaters. And Ravenna became the main port to the 250 ships of the Emperor Augustus’s Praetorian fleet.

The Romans and the Byzantines

The best of the Roman Empire structures left are in Rimini with its Tiberius Bridge, the Augustus Arch and the Roman wall. Furthermore, Bologna has a Roman aqueduct in working order, and walls of the Roman theater in the historic center. In the 5th century, Emperor Honorius switched the capital of the western empire to Ravenna that grows further with important architecture works as great temples, churches, palaces, and mausoleum. Today Ravenna contains the best examples of Byzantine art and architecture of Italy and is one of the most visited places as Emilia Romagna art cities.

During the Middle Ages in Emilia Romagna, Pope Gregory’s ally in the north was Matilda di Canossa. It seems that she made about 100 churches in the region in order to emphasize the central role of Catholicism. Most of them are of the Romanesque style, being the work of Wiligelmo and his school of sculptors from Modena, as well as the architect Lanfranco. Modena is one of the most important Emilia Romagna art cities. Most of all, its Cathedral is considered the best example of Romanesque art in northern Italy. Other fine examples are the Parma Cathedral and Baptistery, Piacenza Cathedral and Pomposa Abbay in Ferrara province.

The artists during the Papal domination

Papal domination brought relative peace, and many castles were converted into summer palaces or “delizie”. A new generation of great artists emerged, adorning palaces and churches with magnificent frescoes in all the Italian cities of art. In Romagna, the Rimini school, led by Pietro da Rimini, was most influential. In Emilia, the greatest artists were Correggio, Parmigianino, Guercino and Guido Reni. As well as Ludovico and Annibale Carracci. Correggio was perhaps the most influential of these and is now seen as an inspirer of early Baroque. His frescoes on the domes or cupolas of Parma Cathedral are exceptional.

The European center of learning

Amid the new enlightenment, in 1088 Bologna became home to the world’s oldest university. In fact, the town was the European center of learning. Most of all its initial purpose was to interpret the Roman law of the Codes of Justinian brought from Ravenna. As a result, the university attracted popes, kings and the likes of Thomas A Becket, Dante, Copernicus, and Boccaccio.

Inspired by the French revolution

The French revolution,  with its message “Liberty, Equality, and Fraternity”, shook Europe. The feudal states were too weak and divided to withstand Napoleon’s revolutionary invasion in 1797. The people welcomed the troops with their more democratic ways, bringing in the Napoleonic Code. As well as the end to many feudal practices and persecution of the Jews. As a result, the Tricolour became the flag of the Republicans who rose up, creating the shortly lived republics of Cispadane and Cisalpine. Emilia was at the heart of the rebellion. And the Tricolour, which would become the flag of all Italy in 1848, was first raised in the town of Reggio Emilia.

And now we report all the Emilia Romagna art cities that are the provincial capitals. 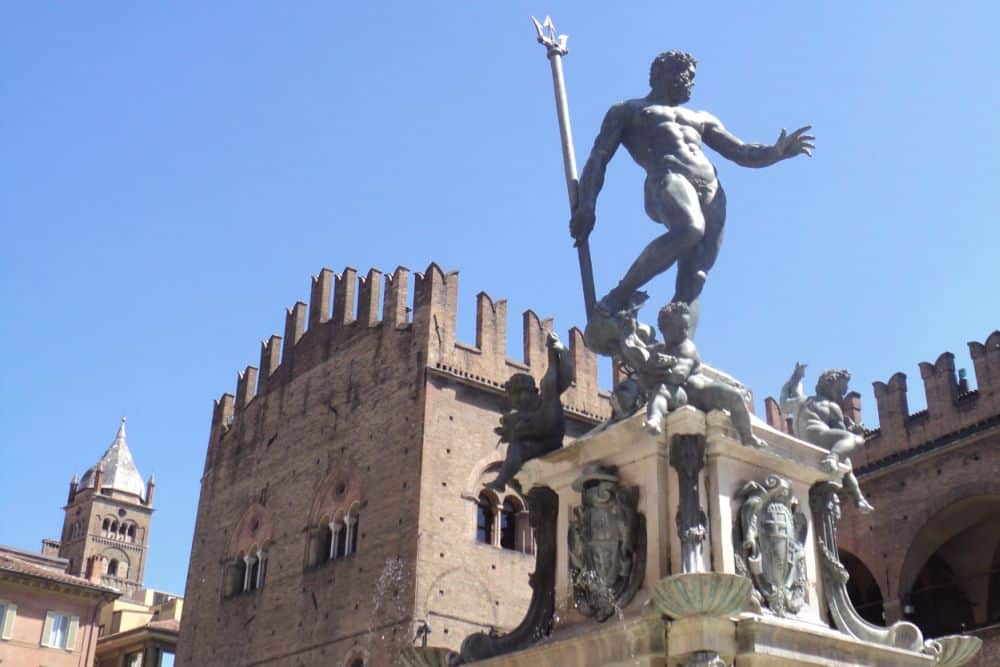 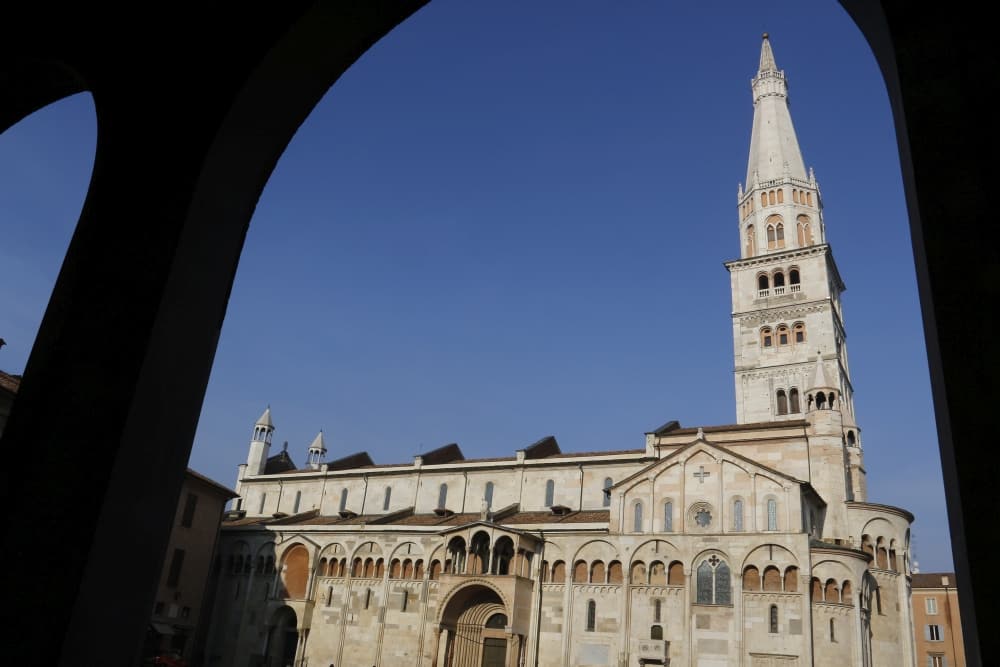 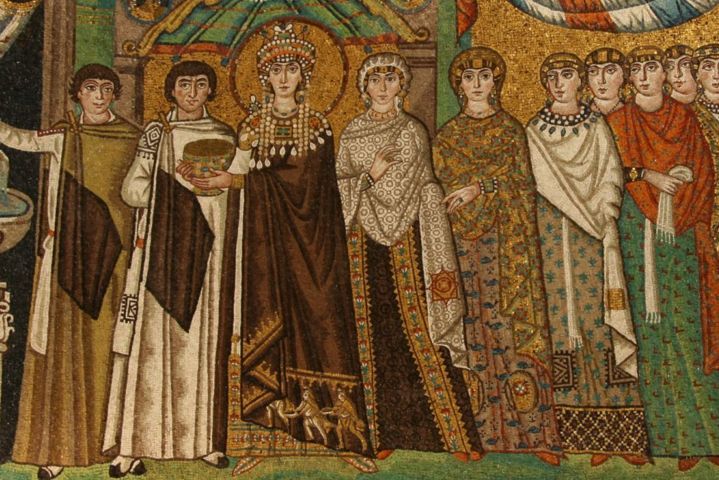 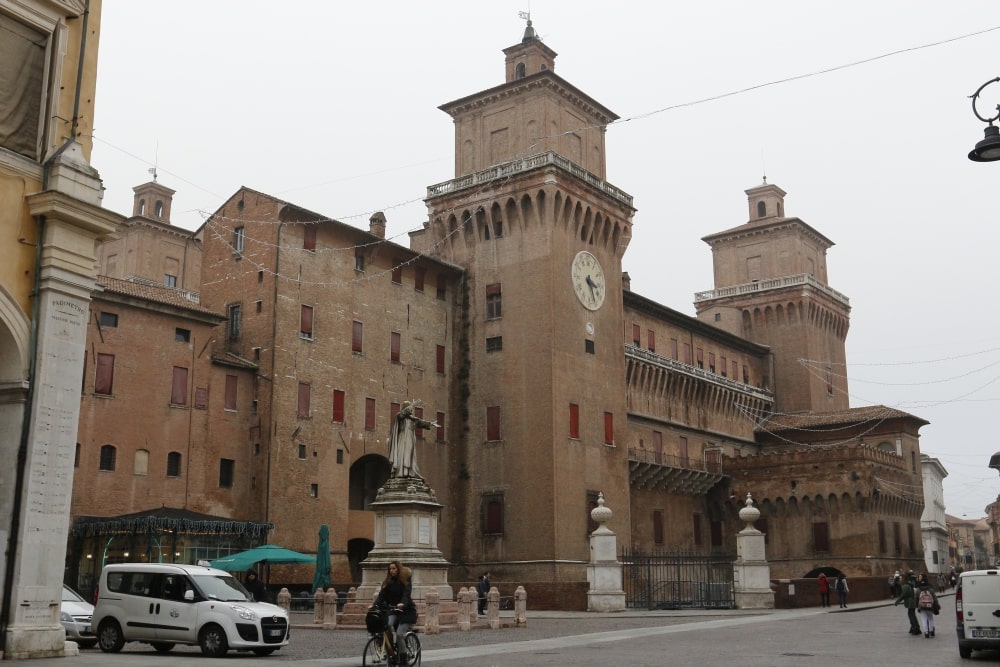 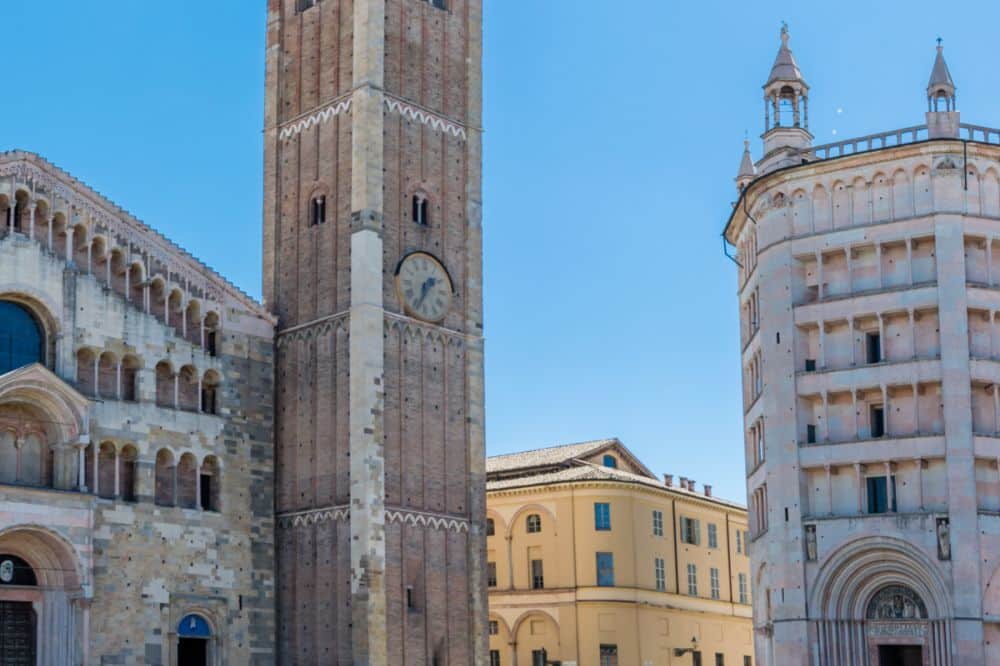 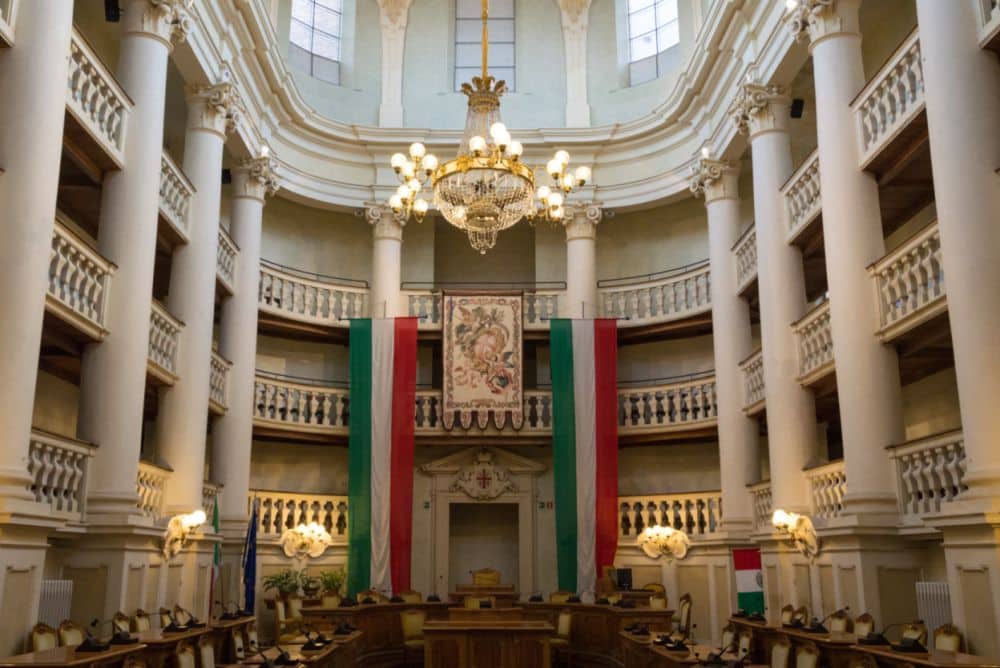 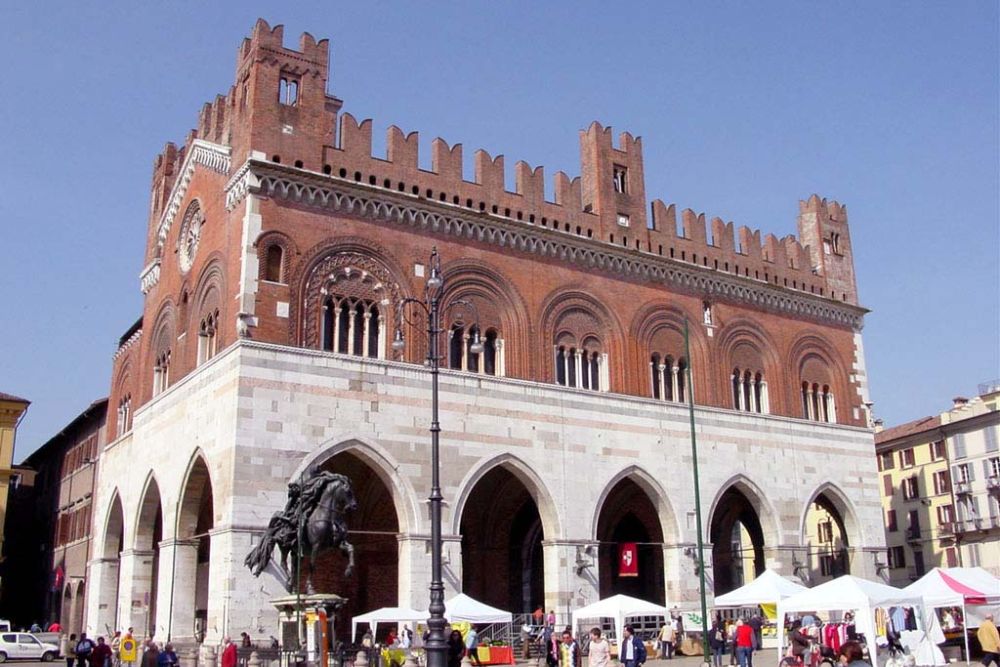 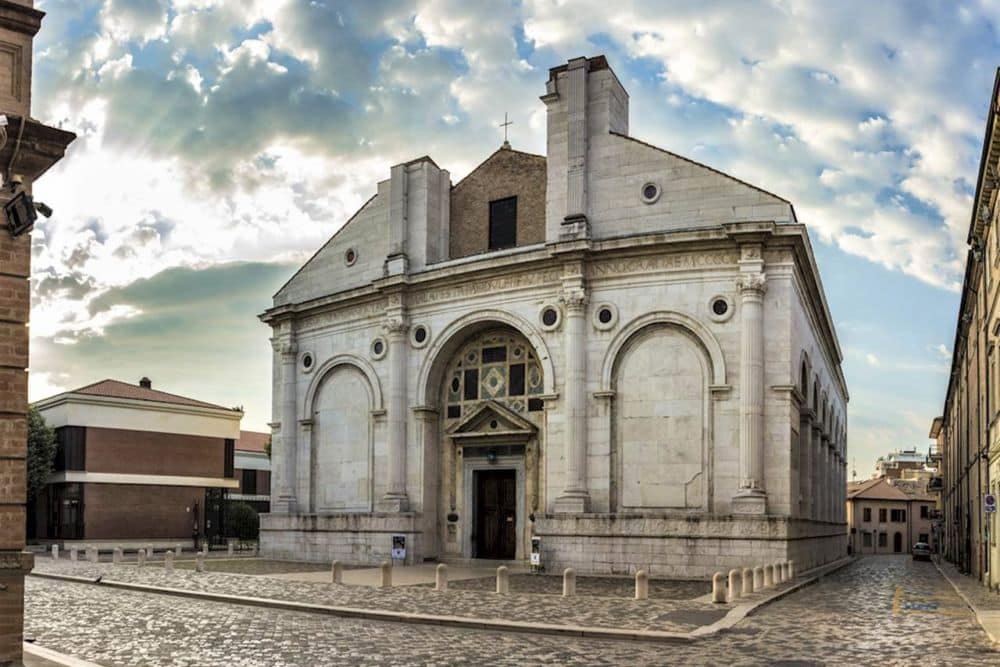