The birth of the first craftsmen workshops

Metalworking craft ornament objects, a long tradition of this region. We are along the foothills of the Italian Prealps in the Astico and Leogra valleys, in the province of Vicenza. Here one could find various active copper, tin, lead, gold, silver, and especially iron mines. In fact, in the town of Forni, in Valdastico, there was the extraction of soft and malleable iron from the pyrite. However, the search for the extraction, the melting and the forging of iron were too difficult to combine it with other commonly-practiced crafts.

Gradually the community left the hunting and the cultivation of land to specialize themselves on the production a surplus of goods. The result was the maintenance of a new social class involved on the production of tools and “non-essential” objects. And this is how this world of crafts was born.

Most of all, the immigrants, such as the Illyrians, brought the extraction and the working techniques. As follow, in the Fourteenth Century, we find the German miners or the so called “canopi”. They settled in some areas around Vicenza, and they create isolated communities were they preserved their language, as well as their culture.

The most ancient handmade objects and metalworking craft date back to the First Millenium: thin plates made of alloys of copper, zinc, and silver. And it seems that they reproduced the diseased parts of the human body to offer them to the gods in order to invoke their help and their healing power.

Other images are the solar disk, the warriors, and the athletes. As well as women dressed in long and flowing robe and other objects that bear witness to the artistic metalworking craft like bracelets, earrings, and fibulas. All these objects were found in a Paleovenetian tomb in Montebelluna. 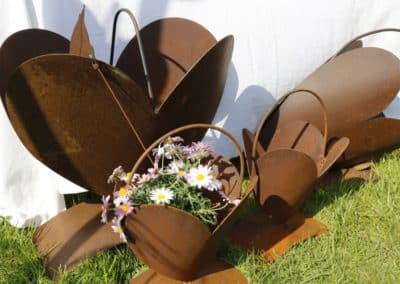 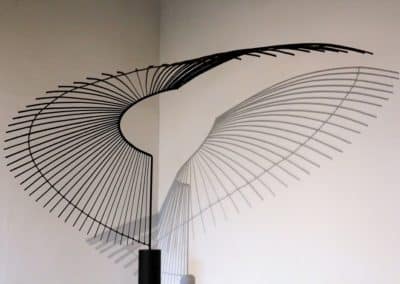 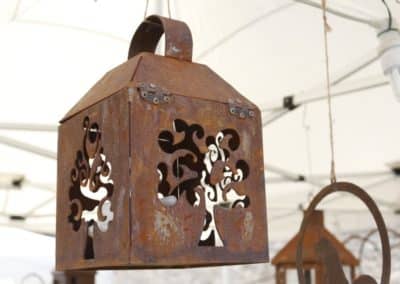 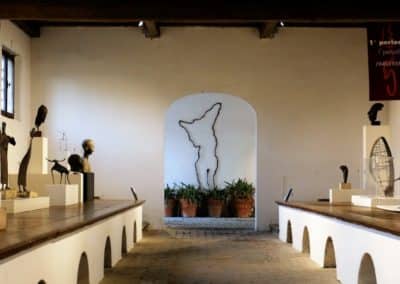 Ironwork from the fifteenth century onwards

The craft of metalworking passed through periods of splendor as well as times of agony. However, there was a certain reawakening of the art during the last century. Most of all, when the wrought iron forgers settled along the Piedmont belt.

Always in the region of Vicenza, in Cogollo and Rettorgole there was the work and the beating of copper. And in the same area, there was also the production of renown knives. As well as all kinds of nails made in Fusine in Val Posina, a typical activity that continued up until only some years ago. And now, impressive gateways of different villas show some valuable examples of this art. Most of them scattered around the region of the Veneto.

On the other hand, we find also “simple” objects that are real works of art. Like the ironware on marriage chests, as well as weathercocks that adorn the roofs of houses and monumental andirons. In conclusion, these masterpieces are the result of special personal talent and of sturdy arms. As well as nimble hands and skill, with the sensitivity of the eye. That means a familiarity with the fire that glows like a friend, ready to spring to life.

This craft has an extremely ancient tradition behind it that dates up until 30 or 40 years ago. As a result, when all of the production of the kitchen utensils were in copper such as the buckets used to drain the water from the well and the uncountable different shapes of baking tins for cakes of all kinds.

Today, the craft has taken a different turn that branches off into the production of objects for ornament. Some examples are the flowerpot holder and the umbrella stand. As a result, often the decoration made with taste and elegance gave more value to these works. And now, lots of collections of ancient copper objects are valuable and well in demand.

The copper handicraftsman works also with the alloy of copper and zinc, known as brass, for the production of decorated plates and containers. 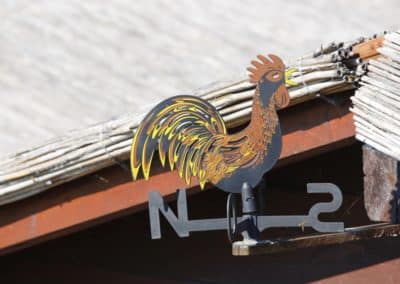 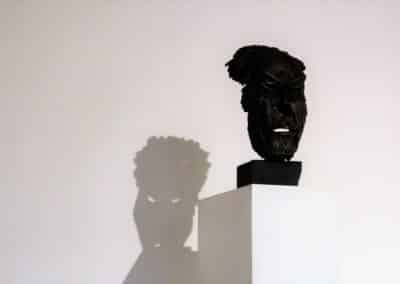 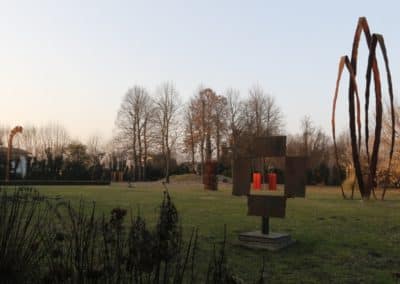 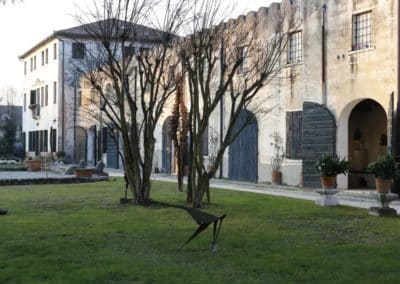 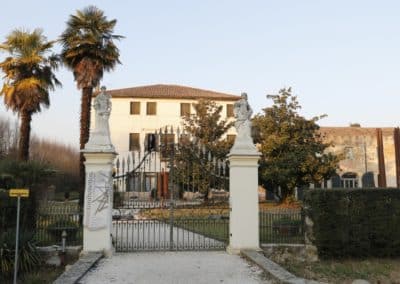 Toni Benetton was born in Treviso, Veneto region, in 1910 and he is considered one of the leading contemporary sculptors. Eclectic, he has worked with various materials such as bronze, plaster, and watercolor. But he preferred iron, with which he made the most of his creations. The focus of his style is thus the outdoor exposure. From the 1950s to the 1960s his works were made for urban centers and parks.