Italian artists created all the treasures that we can see today thanks to an important historical context. As a result, from the late Classic period to the end of the 18th century they left a unique treasure that we can admire in the most important museums, churches, palaces, and in many historical and modern buildings. In conclusion, thanks to the Greek, as well as the Etruscan and the Roman civilizations, the Italian art has adopted from each period some of the principles and of the characteristics.

The land in the middle of the Mediterranean

Italy has always been open to all kind of influences. And this due to its position in the middle of the Mediterranean. In fact, after the fall of the western Roman Empire, all the domination left some deep imprints. The Byzantines ruled in the north of the Adriatic shores for some centuries, with Ravenna as capital. While a succession of invading peoples left their imprint in the south of Italy, Sicily, and Sardinia. In the detail, we find the Ostrogoths, the Lombards, as well as the Franks, the Arabs, and the Normans.

Hence due to their character, the Italians absorbed these influences. As a result, all the centers of minor or major importance became the cradle of a flourishing artistic movement.

The art during the Middle Ages

As soon as the Middle Ages, the Italian artists start to show some characters in common, also in spite of the region diversities. We are talking about a shared taste for harmony and solidity of form. As well as an innate sense of space inherited from the Classic culture. In fact, the Italian art has a sense of the harmony and restraint, not present in the other artistic traditions. Which aims to depict the rational and intelligible order of things.

The man and the Renaissance

Hence, the Renaissance represents a new vision where man is in the center of the universe. In the detail, an abiding passion for the antique is at the base of this period, where lordships and principalities ruled the city-states. In the Renaissance, we see a flowering of the culture thanks to a large number of Italian artists, scholars, and poets. As a result, in Florence, the family of the Medici unifies all these conditions. And the town became the place of birth for this culture movement, called as the Renaissance.

The Italian artists and the Renaissance

The human sensibility grows in the 16th century. Most of all, we know that it already marked the previous century. As a result, more and more, there is an attraction to the antique and the mythology. As well as to the discovery of the humankind. Hence the art center of the Renaissance moved from Florence to Rome and Venice. And in the Venetian area, we find the works of an artist who changed the history of the western classic architecture. His name is Andrea Palladio. I dedicate a whole page to this genius with some excursions to discover his works. In the detail, you will find villas, palaces, bridges, churches and other works.

Just below you will find a list of the Italian artists per region considering their place of birth. 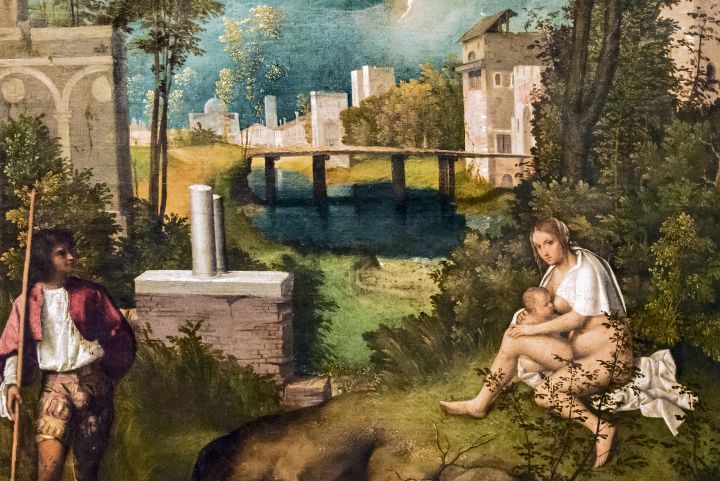