From terracotta to ceramic

Ceramic in the Veneto area. The Paleovenetian forefathers lived on hunting and on the harvesting of fruit because they were available in abundance on the Euganean and Berici hills. They used to go in search of food with baskets that they themselves had coarsely woven. Hence light, easy to handle and…ecological! There was an abundance of clay around the Berici hills, in particular on the banks of Lake Fimon. And the idea of spreading some on the walls of the baskets came naturally. Of course to seal the holes or to make them water-proof. But, surprisingly, something happened when those people came back home. Leaving the baskets close to the fire, the clay hardened and became… terracotta (which, literally translated, means “cooked earth”!).

However, at the beginning, it wasn’t a form of art. In fact, the receptacles made of terracotta appeared unsuitable to the nomadic way of life. Fragile and rather heavy, the material was just a kitchen vessel with which to cook. Only once the “nomads” had settled down, did they begin to appreciate this material. In fact, they used it as household crockery, and also they started to decorate it. Some of the most ancient finds are square neck vases that date back to the Fourth or Fifth Millennium BC. As a result, adorned with decorations painted on in chequered bands. And also arranged like a garland wrapped around the lip of the vase. This art, born in such a natural fashion, has come a long way, enriching itself with its many techniques and secrets.

In 1974, they found an ancient outdoor oven in the area next to the Church of Santa Corona in Vicenza. As a result, it was the focal point of intense ceramic activities that had begun approximately 1000 years BC. Hence that continued up until the middle of the Seventeenth Century. With the use of this oven, they produced amphoras, tiles and bricks. As well as all signs of the considerable amount of building going on even in the rural areas. And that replaced the old huts made of branches, reed and clay with true houses made of brick! In conclusion, the discovery of certain trestles made of red terracotta was of much interest. In fact, they used them to separate the pieces to be baked from one another. Most of all, they date back to the fourteenth, fifteenth and sixteenth centuries as proof of the continuity of this art. As a result, there was no lack of raw materials in the region.

The politic strategy of Venice

The paints used are a kind of glass. In fact, they derived from the silica to which they add a melting agent. Hence the abundance of raw material for use in the mixture was of great importance. For sure to the diffusion of this art in the mainland of the Veneto region. In fact, during the Seventeenth Century, this handicraft product was really in fashion. And for this reason, Venice independent politic strategy forbade the importation of “foreign” ceramics. 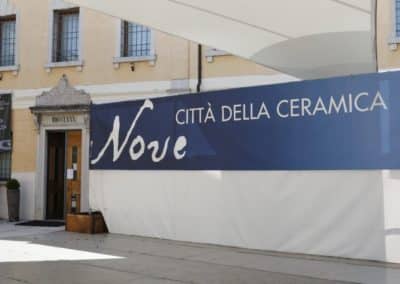 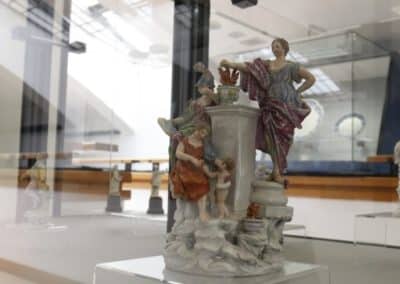 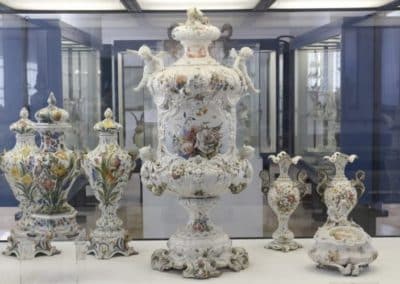 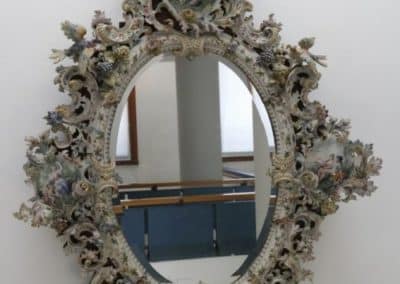 The towns of Bassano and Nove

And this is how the well known ceramics of Bassano and Nove were born. In fact, these towns had fought to have the most skillful artists and specialists in the field. Therefore, the reason was to obtain competitiveness and unique products. In such a way as to gain the privileges awarded by the Serenissima. As we know, the Republic recognized that the brand was a shop’s inviolable property and it guaranteed the use of a trade name. As a result, the tradition of ceramics still alive and active in the present day. Most of all it has been maintained intact also thanks to the strong family ties. This is an aspect typical of the mentality of the Veneto region. The founders of the most ancient ceramic factories in the area of Bassano passed down the secrets of the techniques from generation to generation.

The ceramic works passed from generations

First of all, some foreign artists and painters from other countries assist them. As follow, they passed their craft through their children, as well as their generations. As a result, other craftsmen factories took place, as a natural trend. Also, the production of the ceramics grows with all kinds of design. There are vessels with animal as shapes and other figures with English and German models. During the first decade of the Nineteenth Century, there is the fashion of sacred images. As well as illustrations with symbols of the months and the seasons of the year. And also still life paintings and animals decorated with brightly colored designs took root.

Some brief information about the names and the technical terms common to the art of ceramics. The word “kaolin” comes from the term “Kao ling” that, in Chinese, means “hill’s summit”. In fact, the origin of this material, clay, is the result of a decomposition. As a result, of silica and aluminum rock, known as feldspar, combined with potassium and soda. The kaolin of the Berici hills known as the “Terra di Vicenza”, seems to be the white earth that they used all over Italy. Also to whiten and to glaze majolica, porcelain, as well as clay vases. Over time, they transport the clay far away from its original location. To then redeposited elsewhere, or else the clay remained in the place of its formation. In which case, they called it residual clay or kaolin. 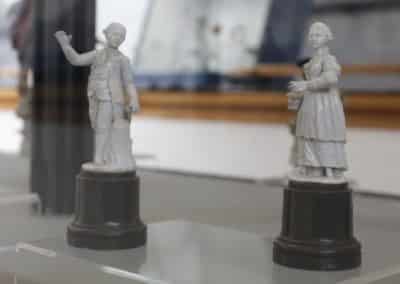 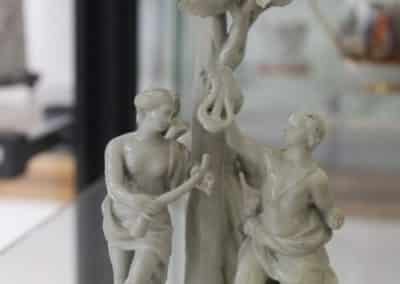 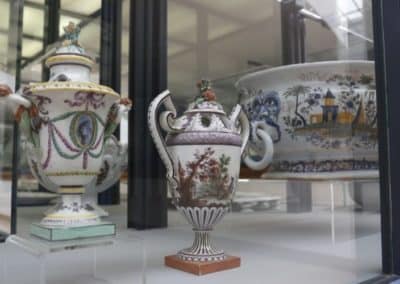 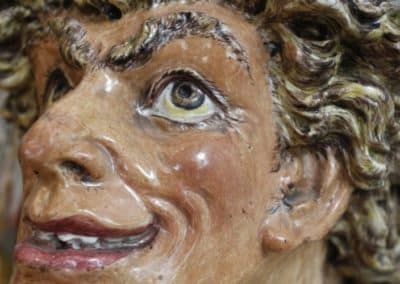 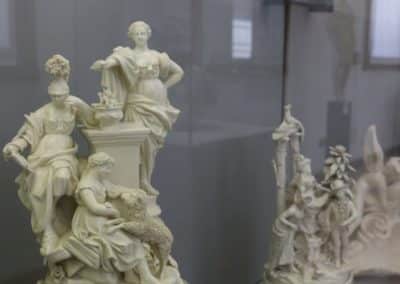 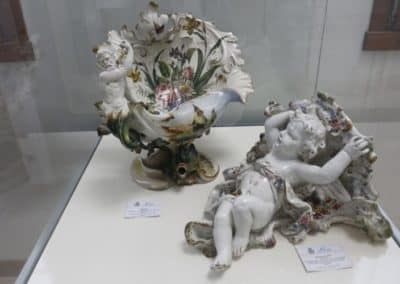 The colors of the ceramist

The Chinese were the first to discover clay’s plastic qualities. However, the first samples reached Europe in the 1700. In order to make kaolin, extremely high temperatures (1400c – 1500c) are necessary. For sure the normal ovens cannot achieve them. For this reason, they mix the kaolin with melting agents that lowered the material’s baking point. After the baking process, almost all of the molds are white. Obviously, when one talks about the color of the clay or the mixture, one means the color after baking. Because the original color of the material is of no interest to the ceramist. In order to have different colors and consistence, the ceramists use some right mixtures.

The terracotta and the terraglia

If a mixture, after the baking, is porous with a reddish brown color, it becomes terracotta. In fact, the color is due from the iron oxide. If on the other hand, the clay contains a high percentage of calcium carbonate, the color tends towards yellow. But if it is porous and white, we call it “terraglia”. And there are two kinds of terraglia:

The stoneware and the porcelain

If it is compact and waterproof, we call it “stoneware”.
Hence, on the other hand, it is compact, waterproof, perfectly white and transparent, it is the “porcelain”.
They obtain the latter with the mixture of very fine clay and kaolin in equal parts. As well as adding feldspar and flint. The latter is simply a powder of silica (quartz or sand).
The porcelain object, baked for the first time, even today maintains its French name “biscuit”. It can later have a coat of paint and baked a second time in order to melt the paint. And then decorated and lastly baked a third time.

In order to make the mixtures or that we call “crete”, the weight of the ingredients is in their dry state. Hence they add a sufficient quantity of water and all mixed in machines that shake it around for several hours. As a result, we have a well mixed liquid clay known as “barbotina”. On the other hand, the destination of the mixture can be to make a white crockery. In this solution, they pass it over a series of magnets in order to extract the smallest particle of iron. That would otherwise result in unattractive stains.

For your private visit to a ceramic handicraft shop, fill the form reported below

The ceramic of Bassano and Nove