Veneto cycle routes are so popular thanks to the way that the past generations made the waterways. In the northeast of Italy, we find the old dream of a simple urban life in contact with nature. In fact, in Veneto region it acquires a programmatic character creating a cultural area unique of its kind. For sure as in no other place in Europe! 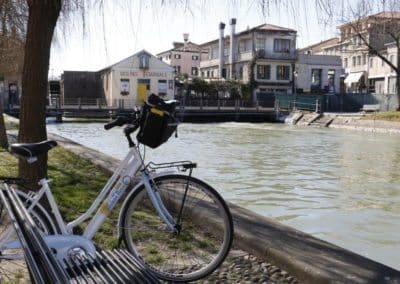 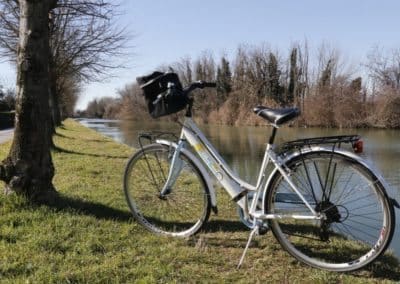 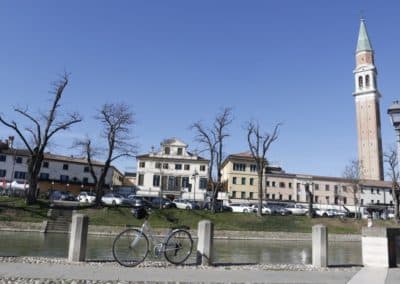 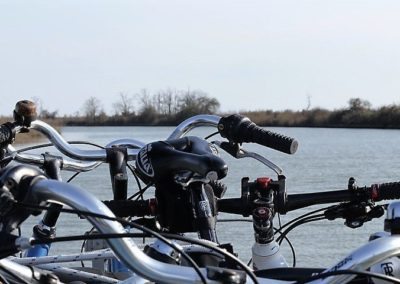 It’s obvious that the rivers and the canals are part of a movement network, and until the Renaissance, the waterways were more important than the roads. In fact in the past, in all the Veneto region the people traveled willingly by water. Just looking for the important rivers of the region, with the Brenta we reach the Valsugana area; with the Piave river, we can reach the Dolomites; furthermore, the Adige river connects Verona and the South Tyrol area; with the Sile river it is possible to reach Treviso; hence along the Battaglia canal we go to Monselice and then, with the Frassine river, until Este; furthermore, with the longest Italian river, the Po, and its tributaries we can get to important towns such as Ferrara, Mantova, and Cremona up to the heart of Lombardy region.

But pedaling, one of the most beautiful places to discover is the Po Delta. Here there are some suggestive itineraries that allow you to admire an environment rich in rare avifauna typical of the brackish area. In the Po Delta, nature, history, tradition, culture, and art are intertwined, offering visitors an amazing landscape. This is one of the largest wetlands in Europe and in the Mediterranean where we distinguish various environments, each with unique characteristics.

In the Middle Ages, the navigable rivers network of the Po Valley had no equal in Europe. And this gone long before the control of the mainland by the Venetians. Here the inhabitants soon became the masters of modern civilization in all the work to regulate the flow of water. With the discovery of the closed basins, they were able to stabilize the water level. 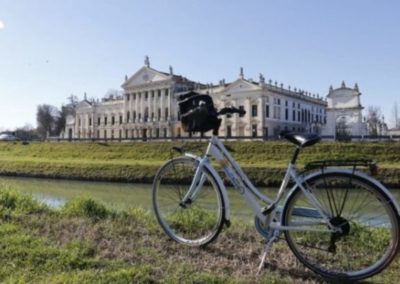 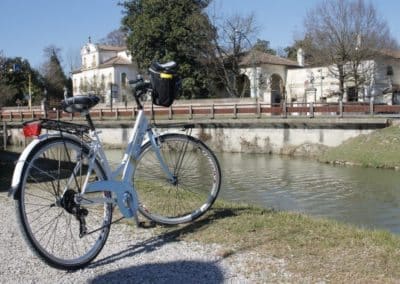 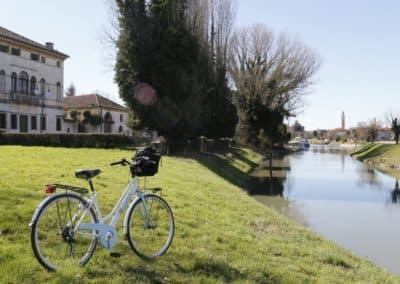 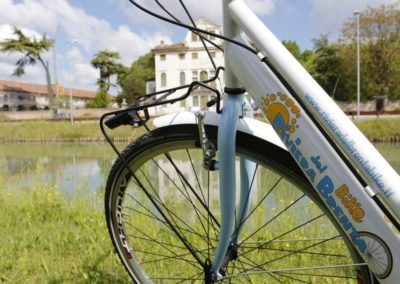 And today it is for sure a great idea and a nice travel experience to explore the Veneto by bicycle. With the Veneto cycle routes, it is possible to pedal along bike paths, trails, and lanes. Hence the travelers will be able to discover the magic nooks and ravines of this area full of charm. All you need before you set out on your journey is a working bike and a strong desire to explore. Hence then it means to ride from the lagoons and the rivers to the bucolic hills and the countryside. Or why not a journey along the Adriatic coast? But another solution can be the flat area where the route follows meandering rivers and canals. Here the waters lap up against amazing landscapes.

Therefore, for sure, a must is to bike along a UNESCO world heritage site in the heart of the Dolomites. The traveler can make his way down to the Venetian Lagoon, from forests of firs to the coastal pinewoods. And also from the Alpine lakes to the spring-fed rivers.

The seven provinces of the region have routes that differ one from another. But all of them have one common feature: being easy. As a result, to pedal through the Veneto cycle routes means to have emotions and memories that will last forever.

Don’t hesitate to contact us for information on bicycle routes, to enjoy the environment in a different and pleasant way!