Canaletto trained in his father’s workshop, where he collaborated in the creation of theatrical scenery. Soon, however, he begins to paint views of urban landscapes, mainly of Venice, characterized by a rigorous perspective and a luminous setting in which the chiaroscuro contrasts mark the succession of the schemes. And the many small figures, gathered for some party or special event, animate the composition and give an idea of the size of the buildings, composite or imaginary architectural ensembles.

With his views, Canaletto soon reached a considerable success, especially among the English. As a result, he moves to England for about a decade, from 1746 to 1755. The consul Joseph Smith introduces him to collectors interested in views of Venice, looking for a souvenir of the Grand Tour that was in fashion during the century. Also in England, he represented the countryside and numerous views of London, Oxford, Cambridge, and Windsor. He made all his works with the same meticulousness and the same sense of space and light of the Venetian views.

Having become famous as a Venetian artist, Canaletto was soon able to secure the collaboration of a workshop, as can be seen from many of his works. Some views, however, appear more personal, such as “The Stonemason’s Yard“, considered one of his happiest works (London, National Gallery).

Some of Canaletto’s works 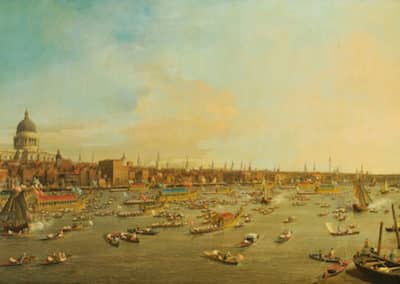 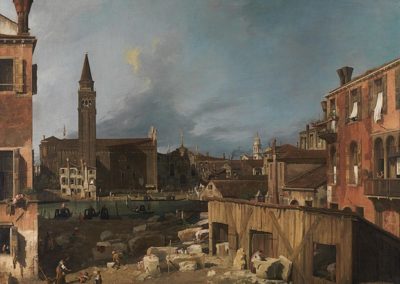 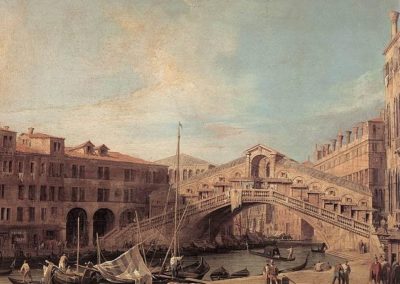 Grand Canal, The Rialto Bridge from the South 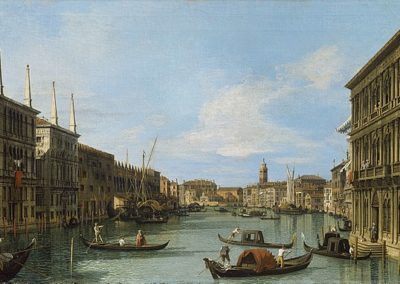 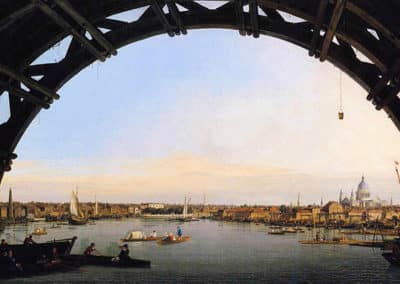 The City seen through an arch of Westminster bridge 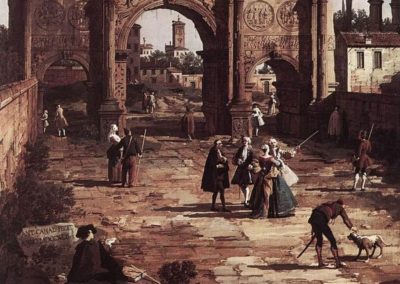 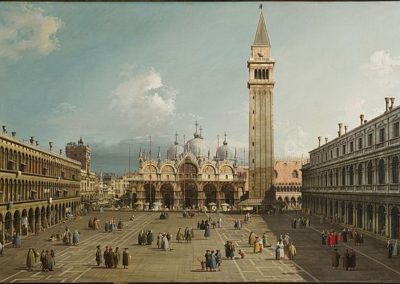 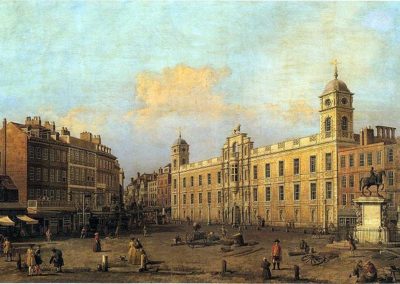 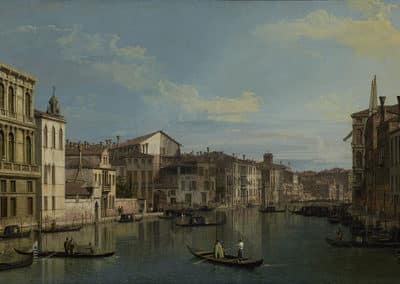 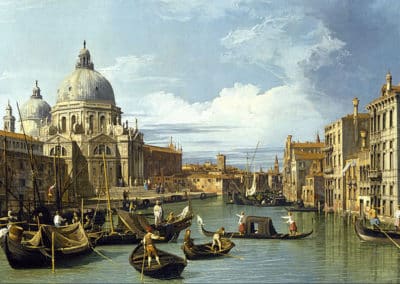 Entrance to the Grand Canal, museum of Fine Arts, Houston 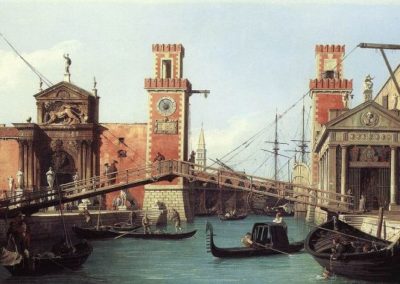 View of the entrance to the Arsenal, private collection 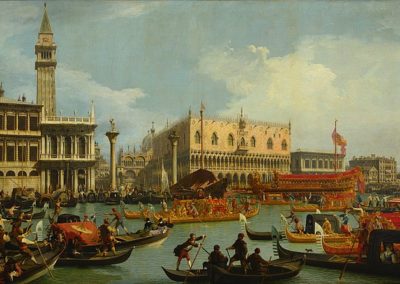 Bucentaur’s return to the pier by the Palazzo Ducale 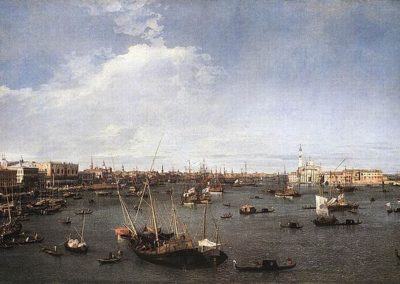 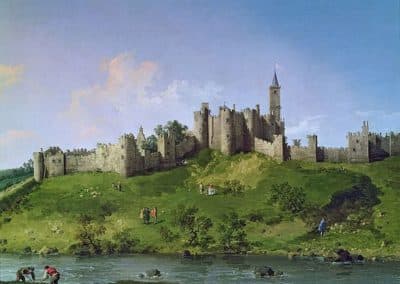