In Venice, at the age of nineteen, Giambattista Tiepolo painted the lunette with the “Sacrifice of Isaac“(1716) for the church of Santa Maria dei Derelitti, or Ospedaletto. In 1722, he realized some overdoors on canvas in Palazzo Corner della Ca’ Grande and, between 1726 and 1727, the frescoes in Palazzo Sandi.

After, he moved to Udine where, in addition to the decoration of a chapel in the cathedral, Giambattista Tiepolo painted the frescoes in the Patriarchs palace, now the seat of the Archbishop. The biblical scenes painted in the gallery, among which a visual power is imposed by “Rachel hiding the idols from her father Laban“, are considered his masterpiece of youthful age.

In 1731 he was in Milan, where he left frescoes in the Archinto and Casati palaces; here Giambattista will return in 1740 to work in Palazzo Clerici. Between 1732 and 1733 he is engaged in the Colleoni chapel in Bergamo. His flourishing activity sees him in this decade engaged in numerous Venetian churches and palaces.

With his son Giandomenico

At the end of 1750, with his son Giandomenico, he went to Wurzburg in Germany, where he remained for three years on painting the residence of the princes. The frescoes in Villa Valmarana in Vicenza were realized with is son in 1757, together with whom he left for Spain in 1762, not before having frescoed Villa Pisani in Strà.

The impetuous stroke and the primary function of color allow him to reach very high quality levels, outlining his extraordinary qualities of fresco painter. With the color he succeeds in giving vitality to the figures and reaching, in the skies and in the backgrounds, extraordinary atmospheric and illusionistic effects.

Alongside the famous cycles of frescoes, it is necessary to remember, in the vast production of the artist, the numerous paintings on canvas, including altarpieces and, in general, works of religious subjects such as “Martyrdom of St Bartholomew“, Venice, San Stae; “Madonna in Glory with Apostles and Saints“, Rovetta, church of Ognissanti; “Immaculate Conception“, Vicenza, Civic Art Gallery.

Giambattista Tiepolo’s graphic activity is also important, including drawings, preparatory studies, etchings (“follies”). The artist died in Madrid in 1770, the city where he spent the last eight years of his life.

Some of Giambattista Tiepolo’s works 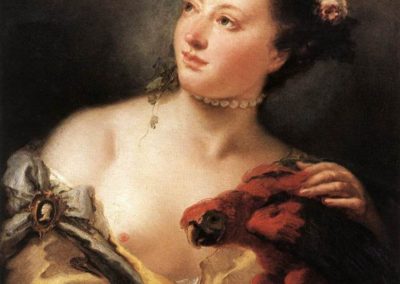 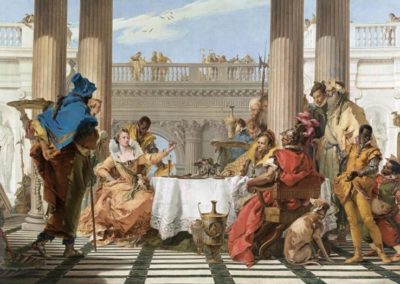 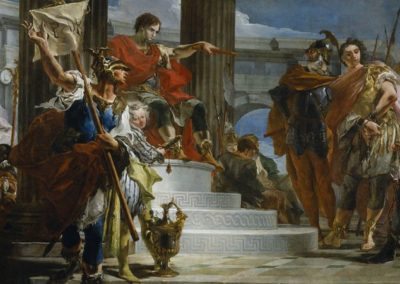 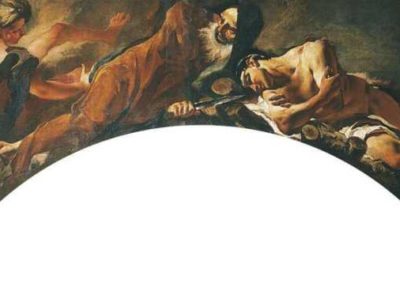 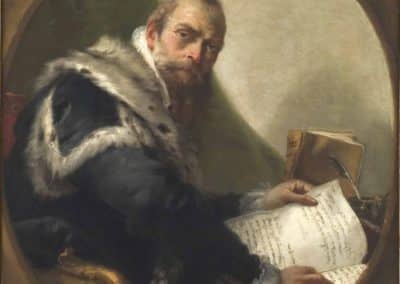 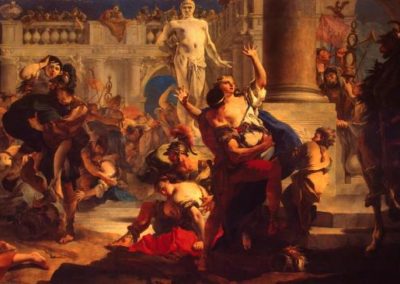 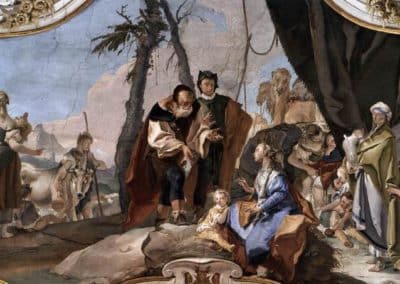 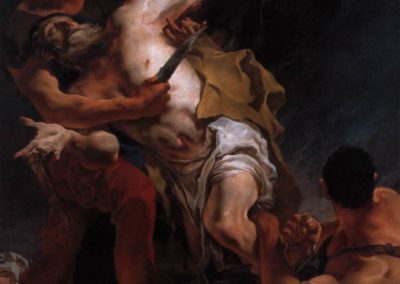 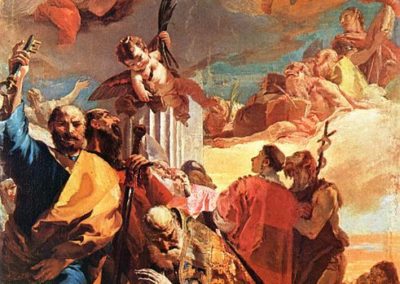 Madonna in Glory with Apostles and Saints, Rovetta 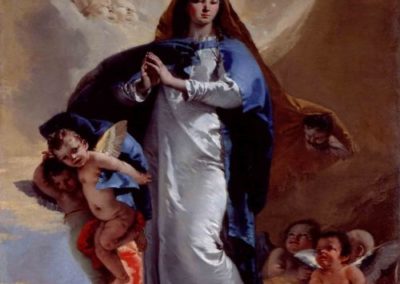