Giorgione high Renaissance Italian artist, the few documented information on his life has fed the myth in all his works and his personality. Giorgione was probably a pupil of Giovanni Bellini and he studied the works of Antonello da Messina. But an important moment was his meeting with Leonardo da Vinci when the Florentine went to Venice in 1500.

Madonna and Child between St. Francis and St. Nicasius

The extraordinary novelty of his painting was highlighted in the altarpiece depicting the “Madonna and Child between St. Francis and St. Nicasius” located in the cathedral of Castelfranco Veneto, in which the firm perspective setting opens onto a vast landscape. In 1508 Giorgione worked on the frescoes of the Fondaco dei Tedeschi in Venice, together with the young Titian. Among the few surviving fragments, the one with the “Nuda” (Venice, Palazzo Grimani)is attributed to him.

The Venetian noble Marcantonio Michiel that was interested in matters of art, wrote a note in which he reported different works of the master in the houses of the Venetian patricians. Among these appear some of Giorgione’s greatest masterpieces such as “The Three Philosophers” (Vienna, Kunsthistorisches Museum), or “The Tempest” (Venice, Gallerie dell’Accademia). These works, with an allegorical significance that are often ambiguous or difficult to read, recall how the artist frequented the main Venetian intellectual circles of his time.

In his late phase, there is often the problem of distinguishing Giorgione’s work from that of Titian. As well as for the “Sleeping Venus” (Dresden, Gemaldegalerie), this happens for the “Pastoral Concert” (Paris, Musée du Louvre) and for the “The Virgin and Child between Saint Anthony of Padua and Saint Roch” (Madrid, Museo del Prado). Already mentioned by contemporaries as one of the greatest artists of the time, Giorgione was the highest interpreter of painting based on the use of color imbued with light, without the aid of the drawing.

Some of his paintings 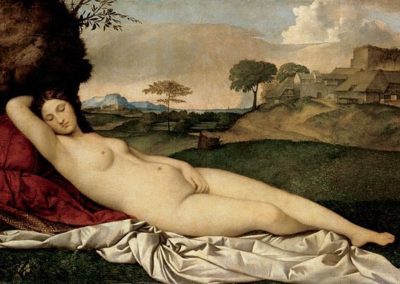 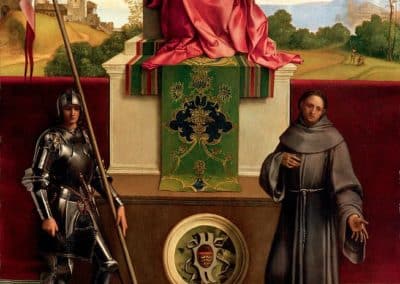 The Virgin and Child with Saint Francis and Saint Nicaise 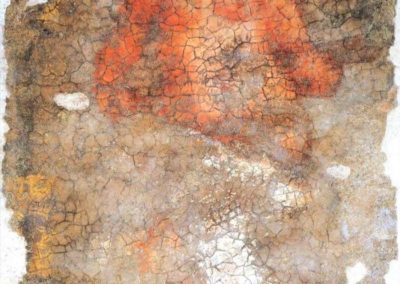 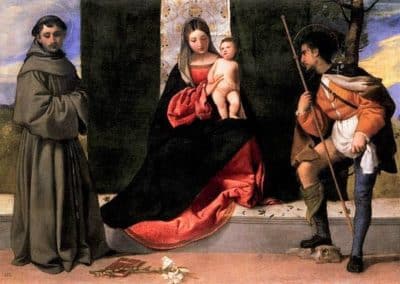 The Virgin and Child with Saint Anthony and Saint Roch 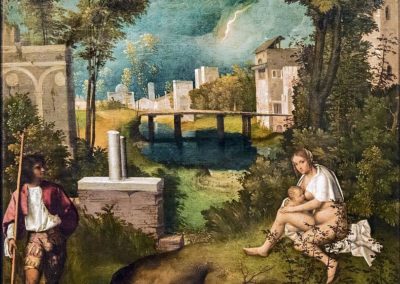 The Tempest, Giorgione, artist of the Italian Renaissance 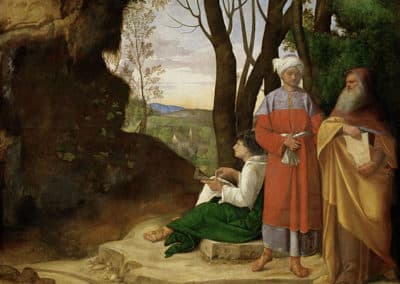 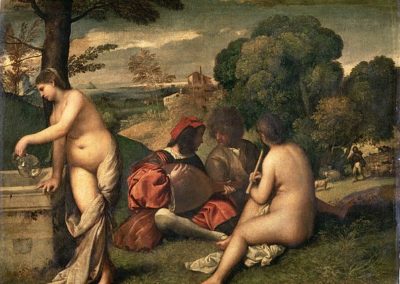 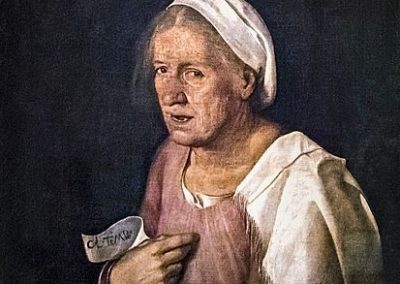