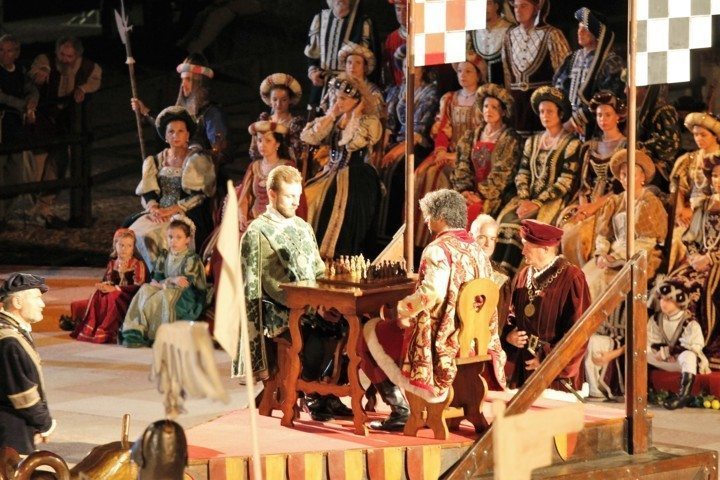 Marostica castle and its traditions, the stories, and the customs. in the detail, the representation of the past in a chess game. Is it possible to do it? The answer is yes, and it is staged in a masterly way in the Marostica castle.

We are in a land full of charm and history. Even if a strong industrialization has changed radically the region from the end of the second World War. What continues to save this territory is the deep sense of belonging to the past that has no equal in human history.

Between the Prealps and the plain

We are in the Veneto region, along the hills bordering the Padana plain and the Prealps, between Astice and Brenta rivers. In the plain, factories and cultivated fields follow one another. And now an important building site is revolutionizing the viability: a major thoroughfare construction that will greatly facilitate the movement of heavy traffic.

But all the frenzy to which we are subjected disappears magically along the hilly roads. Here the villages follow each other and the Venetian villas occupy the most picturesque hills. Hence magnificent medieval castles (and in some places what’s left), continue to impose their power and beauty in the territory.

The lower and the upper Castles

As a result, it is in one of these sites that take place my story: Marostica castle. Approaching from the plain we see emerging the shape of the city walls dating from the Medieval domain (1311-86), built by the Scaligers lords of Verona. For sure the construction of the lower and the upper Castles is strategically placed in complementary positions. In fact, it allows a better defense against enemy attacks. As well as a total control of the hills trade roads. 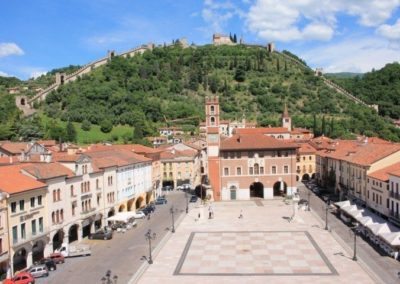 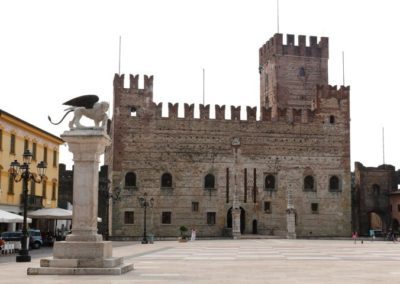 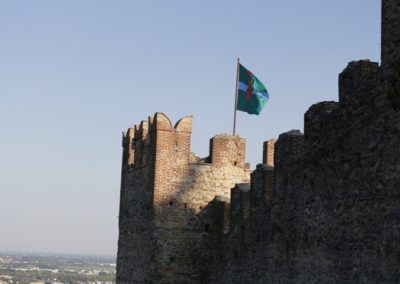 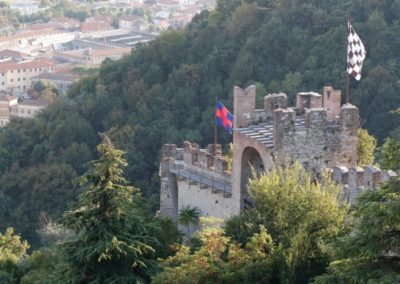 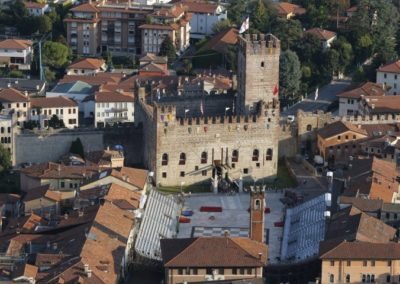 Marostica view of the lower castle

The legend of the Chess Game

In front of the Lower Marostica Castle, a square with colonnaded portico opens the city. In the center of which it is designed a chessboard where it is featured the traditional chess game with alive people. Most of all, the legend of the Chess Game dates back to 1454. When Marostica was one of the most loyal of the Republic of Venice. In fact, his government was headed by a mayor appointed directly by the city of Saint Mark.

Therefore, it is said that just in that year two brave warriors fell in love madly of the beautiful Lionora. Hence the two warriors were Rinaldo d’Angarano and Vieri da Vallonara. And Lionora was the daughter of Taddeo Parisio lord of Marostica. As a result, to have her hand, the two warriors challenged each other to a duel, as was the custom of those times.

The challenge and the marriage

But Taddeo Parisio did not want to lose either of talented youth. So, to prevented the bloody clash, he refers to an edict of Can Grande della Scala of Verona (issued shortly after the tragic story of Romeo and Juliet). In conclusion, this edict was confirmed and aggravated by the Most Serene Doge of Venice.

The Lord decided then that Lionora would go in marriage to the one between the two rivals who had won the challenge on the noble game of chess. The loser would become also his relative, marrying Oldrada, Lionora’s younger sister, young and beautiful.

Today, as then, the excitement is renewed, in a sumptuous frame of precious costumes and gonfalons, charming ladies and brave knights, zany jokes, jugglers, and fire-eaters, feeding in our souls the old flavor of a passionate love affair.

Here is a short video of this beautiful event, in front of the lower Marostica castle…

The chess game with living characters is played on the square of Marostica the second weekend of September in even-numbered years. 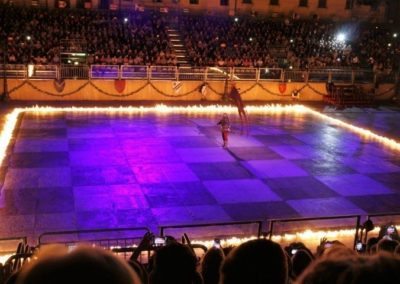 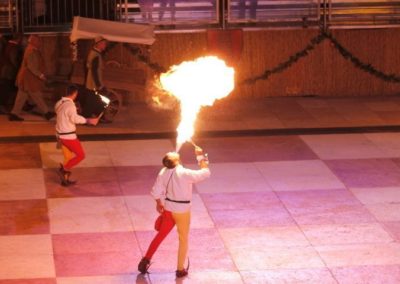 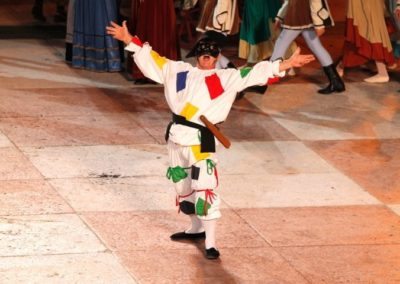 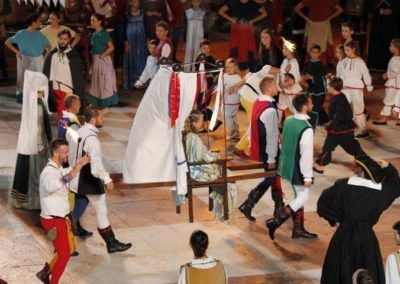 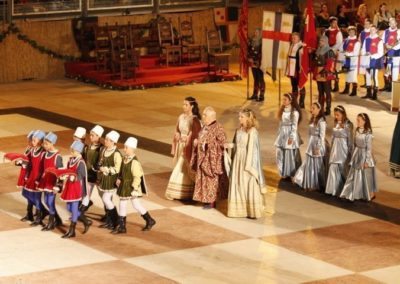 Chess game Marostica the castellan with his daughters 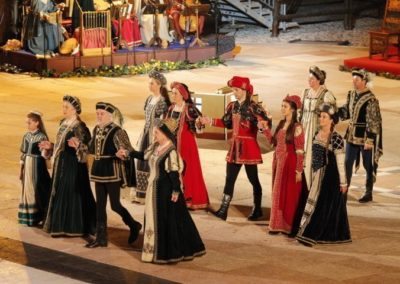 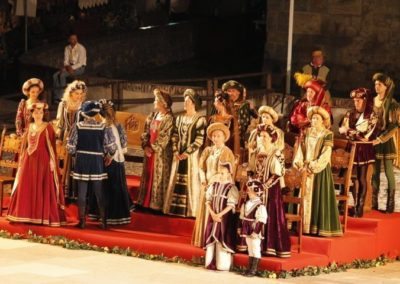 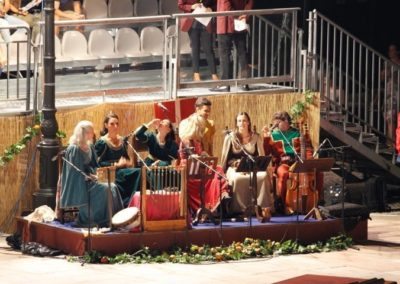 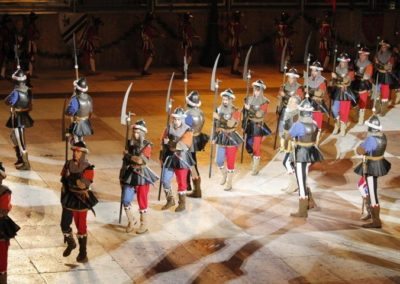 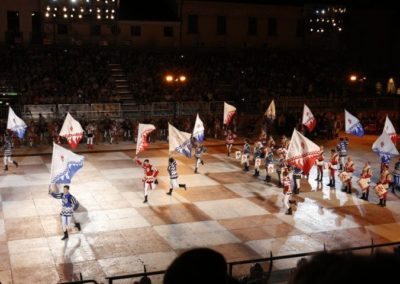 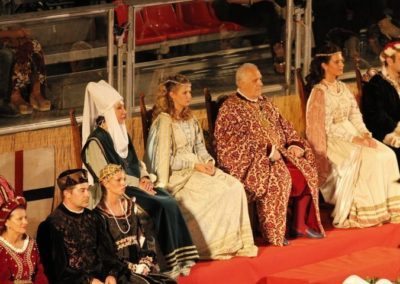 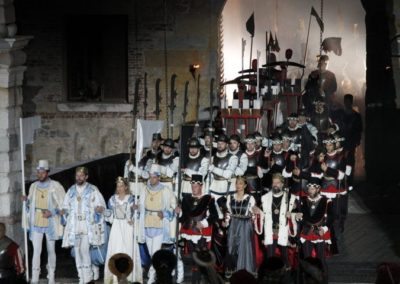 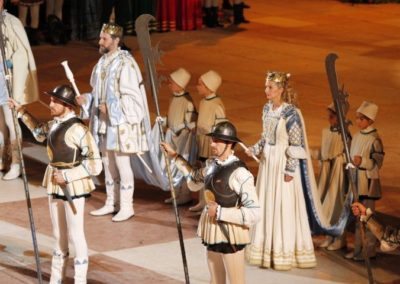 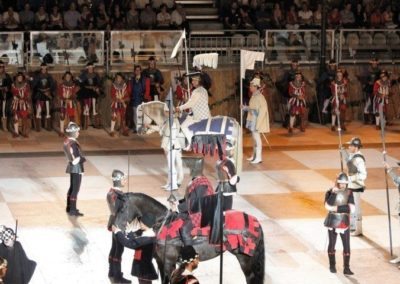 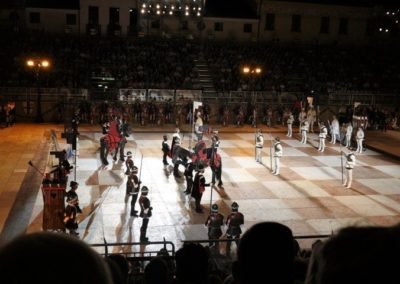 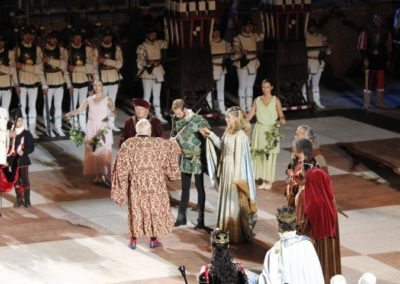 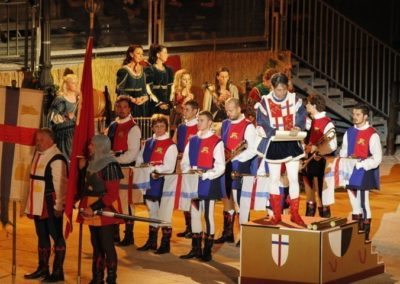 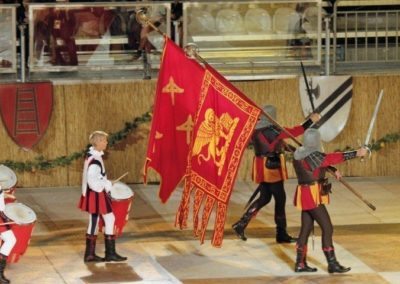 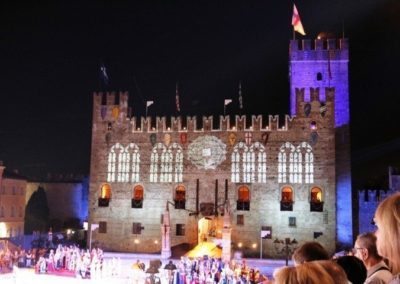 Lower castle Marostica during the show 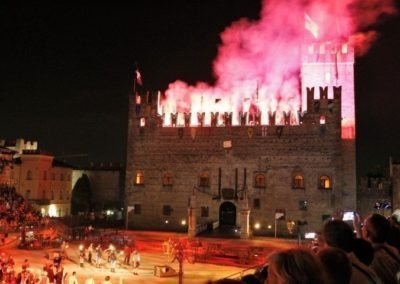 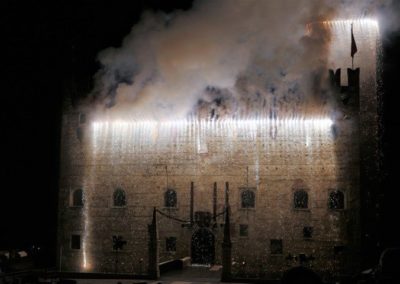 The medieval town of Marostica 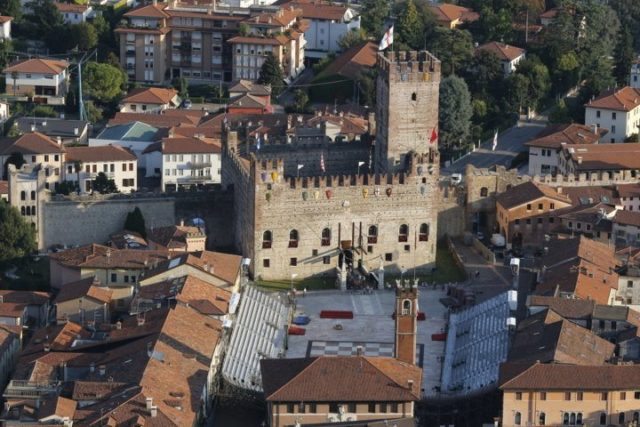 View of the lower Castle of Marostica 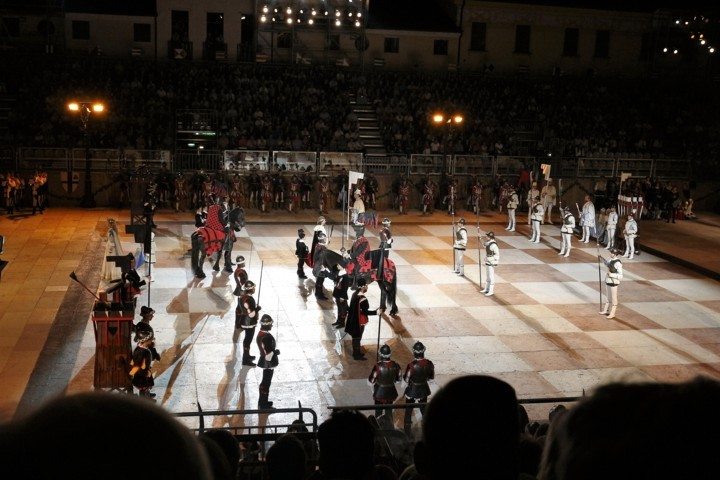 We use cookies to ensure that we give you the best experience on our website. If you continue to use this site we will assume that you have read our cookie policy and our conditions accepting them.OkRead more