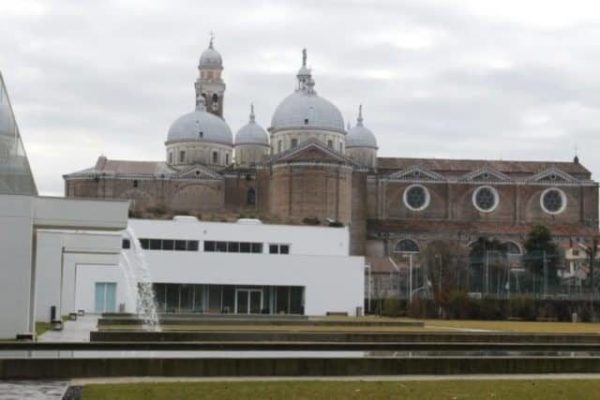 Padua is an important art and pilgrimage center. And in this blog, I decided to write about the biodiversity garden.

The History of the Botanical garden of Padua

We are at the time of the Middle Ages in the town of the Carraresi. As a result, doctors and professors of the universities studied the cultivation of the plants. As well as animal products in the service of health. Among these there was Jacopo Dondi, who wrote “Aggregator mediamentorium seu de medicinis simplicibus”. And this is a tract on natural substances used in medicine. Most of all Francesco da Carrara had a deep interest in medicine and natural sciences. In fact, the inventory of his library, written by Francesco Zago in 1404, includes 61 codices on these themes. Zago himself was a functionary of the Carrarese court. The Carrarese Herbarium, now held at the British Library, is an important document on medicine plants. Hence this is a version in vulgar of the original “Liber aggregatus in medicinis simplicibus” of the Arab doctor Seriapone il Giovane.

As a result, the Eremite brother Jacopo Filippo da Padova wrote it. And alternates pages of text with extraordinary miniatures depicting the plants. Most relevant, in all the details to understand their use. The method of the Carrarese herbarium was based on gathering knowledge by direct experience of nature. In conclusion, this anticipated the application of empirical principles in natural sciences. And also we have the foundation, in 1545, of the Horto Medicinale (Medicinal Garden), annexed to the University of Padua.

In origin, the purpose of the garden was to serve in science and education. In the detail, concerning indigenous and exotic medicine plants. But the collection increased as the botanic science developed. As a result, the influence was enormous, including roles as an inspiring example to foreign scholars in their countries. Hence it encourages the international exchange of plant material. Today, in addition to medicine and poisonous species, the Botanical Garden includes sectors dedicated to local flora. As well as rare and threatened plants, and species of tropical, Mediterranean, Alpine and acidic environments.

The Botanical Garden of Padua University is in the Unesco World Heritage List since 1997. Because of “its exceptional universal value and with a view to ensuring that it will preserve itself for the benefit of all mankind. The Botanical Garden of Padua is the original of all botanical gardens throughout the world. And represents the birth of science, of scientific exchanges, and of understanding of the relationship between nature and culture. it has made a profound contribution to the development of many modern scientific disciplines, notably botany, medicine, chemistry, ecology and pharmacy“.
Established in 1545 as a Horto Medicinale, it maintains its original site. And also its characteristic layout over the centuries. As well as always updating its teaching and research activities.

Today the Botanical garden of Padua is in two main sections.

The Botanical garden of Padova is the world’s oldest university garden of its kind. Hence founded so that students could research and recognize medicine plants, known as “simples”. As a result, Its specimens find their place in beds organized into geometric shapes and divided by category. That represents an ideal and ordered catalog of the plant kingdom. In fact, there are themed collections as medicine and poisonous plants. As well as rare Triveneto plants, and Euganean Hills flora. Like also reconstructions of natural environments as an Alpine rockery and Mediterranean maquis. Therefore, they are alongside centuries old trees. Hence including “Goethe’s Palm”, the oldest plant in the Garden.

This biodiversity Garden’s new greenhouse runs on solar and water power. And it takes the visitor on a journey through the Earth’s climate zones. Hence it recounts how plants have adapted to their various habitats. As a result, the itinerary in the biodiversity garden shows five biomes. You start with the tropic rainforest and as follow the sub humid tropic rainforest. As well as the temperate, Mediterranean and arid regions. As the trails unfold, botany and anthropology intertwine to tell of the age old relationship between humans and plants. From the prehistory to the first farmers and the experiments of the future.

They are all around us, and they control the Earth’s atmosphere so that we can breathe. For 450 million years, they have been the pillars of the Earth’s ecosystems, the most beautiful features of our landscapes. Astronauts have admired them from space. Animals have evolved alongside them. Over the centuries, we humans first gathered them and then artificially selected them. Our food, our medicines, our cosmetics, clothes, and objects of daily use depend on them. We think that we have domesticated them when in reality it is they who have domesticated us. The food and the materials of the future will also rely on these amazing living organisms. More than 350000 species are known, but the existence of many of these is at risk. These special organisms are the protagonists of our journey around the Garden of Biodiversity.

Biodiversity is an engine for change: without biodiversity, no evolution would be possible. Impoverished ecosystems would no longer be able to assure our survival, or provide us with clean water and air. When thinking of diversity, for a large mammal like Homo sapiens, it comes more natural to consider that of our closest cousins: animals. As a result, we often relegate plants to a supporting role. As though they were merely a backdrop in the great show of the fight for survival. But of course, this is an error. Because human beings, animals, and plants have been evolving together for a long, long time.

A real journey through the evolution of plants and of humankind.

Thanks to the University of Padua we are able to explore this rich biodiversity Garden.

Garden of the Biodiversity, Unesco World Heritage site since 1997